This document is designed for those beginning readers of Quran who can learn  the basic rules of Quranic Grammar which will enable them to understand the statement of Quran easily and comprehend its meaning. For the sake of  brevity we will use less text but more pictures and videos.

In Arabic grammar there are 3  parts of speech  as below: 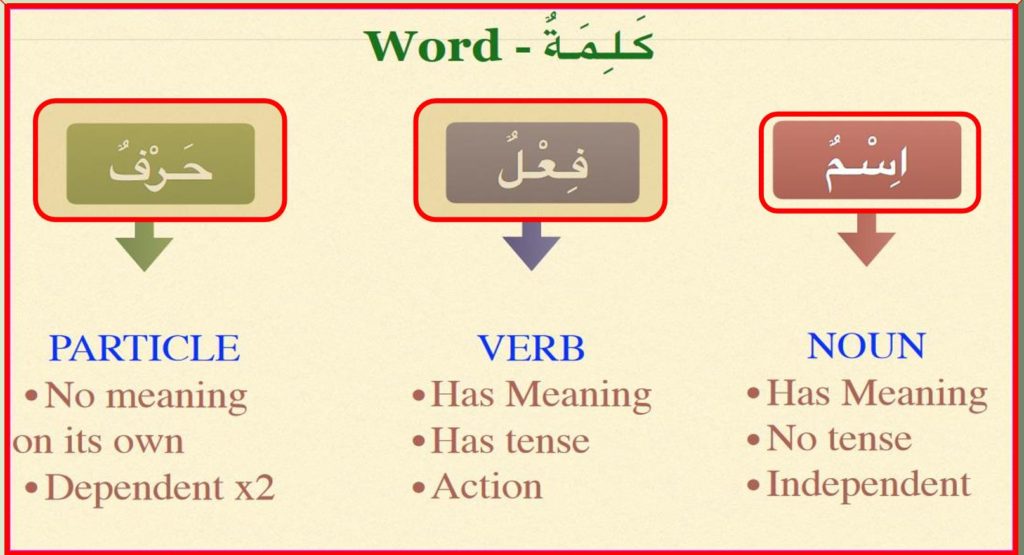 All Nouns have 4 attributes:

1)  State/Status –  Noun’s position in a sentence. Is it an Object or Subject in the sentence? In other words, is it a “doer” of an action or “receiver” of an action?

When we talk about Status of Noun in a Sentence, we need to know is it an Object or Subject in the sentence? In other words, is it a doer of an action or receiver of an action?

Here is the rule: 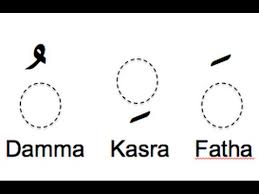 We can see in the above example of two Nouns (names) viz; “Hamid” and “Bilal”.

In one sentence it is written as “Hamidunn” and in another as “Hamidann” , same is with  noun “ Bilal”.

So in the first case check if  it is doer or subject (Marfu)  and in second case is it receiver or object ( Mansuf ) ?

Now figure it out who is the object and subject in both the sentences to get the correct meaning.

Please check the videos below:

What is SUKUN in Arabic Grammar?

END of Lesson One.