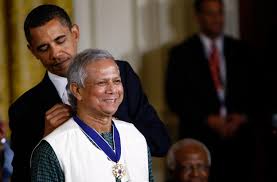 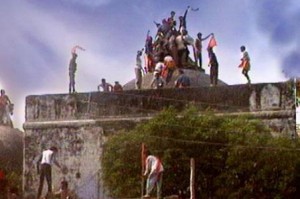 [Note: This post is a remembrance about Hindu militants’ destruction of Babri Mosque. The callous bigotry took place on 6 December 1992, while the world watched it with dismay. I wrote this article after the event, and it was published under the title, ‘Neo-Hinduism: The Myth and Reality’. Today I publish it here under a new title: Remembering Babri Moque. The tenor and tense of the article reflect the time past. The word ‘Hindu’ should be read with caution: it is the fundamentalist Hindus that are meant here, not all Hindus in general.]

While a trend of post-modernist studies of the last parts of this century (1970+) advocates for an `indeterminacy’ and `plurality’ of (certain textual) meaning, including historical ambiguous narrative, merely as `stories’; the event in Ayodia shocked us all with terror. The reading of Ramayana purely in terms of ‘reality’ and taking the stories as ‘literally true’ led to this destruction. The Mosque stood there for almost five hundred years, and besides being a holy shrine, a place of worship, it has become a prestige heritage, but alas, to to Hindu militants it had no value of that sort. Their reading of text and myth has crossed the limit of objective reading and it  threatens the fabrics of social relations between  people and religion.

Not everyone agrees on what exact location did Lord Rama born, as there is the indeterminacy of time, place – while there is another argument about the possibility of him being a mythical figure.

Rama’s birth place was always questionable, but the militants remained adamant to their claim. Surprisingly, certain political leadership provided support from behind for the destruction, and supplied excitement to the mindless mob. The political landscape of India cannot be put aside in this. Had it not been for the main stream Indian politics absorbing the ethos of ramrajya, this callous deed could not have taken place. In fact it is this political support that made the myth-like story the real thing and subsequently the muscle-power that brought home the ugly truth.

The fundamental reading of history as a means of ‘appropriation’ of other people’s property and heritage has another modern precedence. The State of Israel has been found on similar claim, that some four thousand years ago, the God of Israel promised them Palestine. So, the present occupants of the land either had to be killed or driven out to make room for the `People of God’. This is what had happed when God asked them to killed the Amalekites and usurp their land. The Bosnian atrocity was no different. The Aryan Zionists supporting the state of Israel and the invading Aryans of India have much in common. But what strikes the most about the destruction of the Mosque is the face of fascism in history camouflaging its dense ignominious, inhuman character. 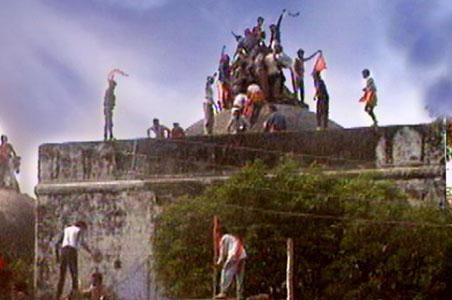 A remarkable thing to observe is the effacement of the borderline between myth and reality, and the advancement the former over the latter. The Scriptural stories, construed gradually over thousands of years, giving expression to human experiences in myths and metaphors, became concrete, deadly true, effacing the figurative and the metaphoric. Yet, the price of this effacement was tagged on the Muslims, the `Other’ of the Hindus. The Rama-story (the place of birth), whether figurative or not, didn’t help the Muslims and hadn’t marked any difference.  It signalled terror and uncertainty to the minority Muslims. It is striking to note that the scriptural non-human heroes of Hindu stories, who fought in the past against seemingly the non-humans, are now the real entities to generate callous emotion to their believers. It is this emotion that is being used as a weapon by fundamentalists. When they stand to fight Muslims like the heroes of Mohabharat, it mean trouble, bloodshed, destruction.

Setting Rama and Muslims against each other, the Hindu leaders took the role of the mythical warlords; the stories provided the necessary emotion, and the act of manipulation rolled on. A propaganda film had been made earleir by the Bishsha Hindu Parishad which generated emotional uproar. The film portrayed Rama in form of a child, encaged in Babri Mosque. It brought the youth and elders in tears, exciting them to destroy the Mosque.

Behind the façade of the militant Hindu movement, lies the neo-Hindu vision of India. It is like the Zionist state of Israel. It envisages a theocracy, capturing the vision and emotion of the stories. This vision has lived with them for long and it projected the Muslims as misfit, the obstacle. 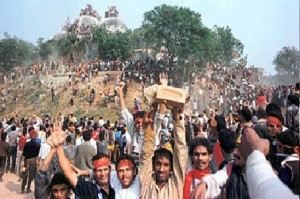 The militant Hindu vision that India belongs to Hindus is shameful. It turns a blind eye to the reality for the past, and ignores the truth of the present.

Today, the world witnesses a growing tendency of militant interpretation of scriptural texts all across the religious spectrum including Islam and Christianity. If each global race began to make their claims on property, land and historical monuments in similar fashion, then, nothing can survive intact and no security can prevail, for the places where we live today had been occupied by generations before us and random claims would make life impossible. It is necessary to interrogate the myth to draw distinction between it and reality, if we are to live peacefully together.